You know these flying poop machines that are called Pigeons? Well finally someone is going to put them to good use. A Paris based company called ‘Plume Labs’ attached small backpacks on some racing pigeons and released them around London in order to collect environmental data from around the city. Hopefully these “flying rats” aka Pigeons will finally be given the chance to fix their bad reputation. 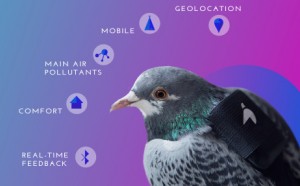 Twitter, the company with a bird logo (How ironic !), is actually one of the partners in the project along with DigitasLBi, a global marketing and technology agency.

And we're off! The first #PigeonAir patrol flies from Brick Lane, monitoring air pollution as we go! pic.twitter.com/W8KnyrxnCe

In addition to other components, the backpacks are equipped with GPS and environmental sensors that will report nitrogen dioxide levels back to Plume Labs. This collected data will be shared publicly on Pigeon Air twitter handle, website, Android application and iOS application. 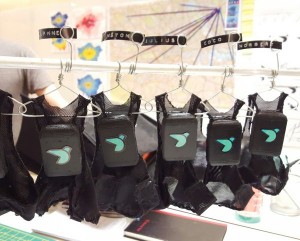 Air pollution is a huge environmental health issue, killing 10,000 people every year in London alone. Putting air sensors on the back of pigeons goes beyond raising awareness of this problem and helps Londoners understand the impact of pollution in an accessible, tangible and immediate way.

If you happen to be living in London, you can benefit from this project by requesting the Pigeons Air Patrol to pass by your neighboorhood and collect data in the area. If it was me I will request fake locations away from my car.
Now that I thought about it, our health minister will be very interested in this project. He will bring the Pigeon Air Patrol to Beirut in order to collect air pollution data. The information will serve as great material for one of his press conferences. Well if they even manage to come to Beirut, I wonder how much time will it take Lebanese hunters to shoot them down and take selfies ?
The following two tabs change content below.