On February 10th 1996, IBM’s Deep Blue won a Chess game against Garry Kasparov. It was the first time a chess computer has ever beaten a reigning world champion under regular time controls. 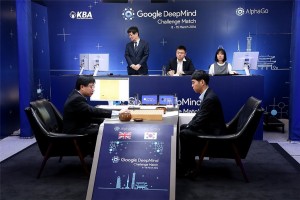 AlphaGo a new AI computer developed by Google DeepMind is playing against Lee Sedol in a game called Go.  The two are competing in a 5 match series. Unlike IBM’s Deep Blue which used a Brute Force approach, AlphaGo’s approach is able to adjust its strategy as it goes. 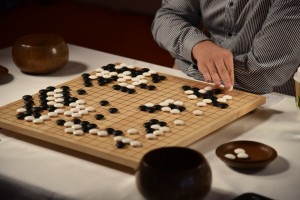 Go is an ancient Chinese board game. It has been considered unplayable by AI because the moves are based on instinct and many variables affect the gameplay. The aim of Go is to enclose more territory on the board than the opponent does. At the opening move in Go the first player has 361 possible moves. A detailed comparison of Chess and Go can be found on this link.

Today, AlphaGo scored its second consecutive victory against Sedol. 3 more matches are scheduled and AlphaGo just needs to win one more to claim overall victory in the series. This series is being portrayed as a landmark in AI history. You can watch the matches on DeepMind’s Youtube Channel.

After the first match, Lee said “I was very surprised, I didn’t expect to lose. I didn’t think AlphaGo would play the game in such a perfect manner.” Lee will be facing AlphaGo again on Saturday, Sunday, and Tuesday.

“Whatever the outcome may be, the winner will be humanity. As artificial intelligence and machine learning develop further, each and every person will become smarter and more talented.” Eric Schmidt commenting on the matches.